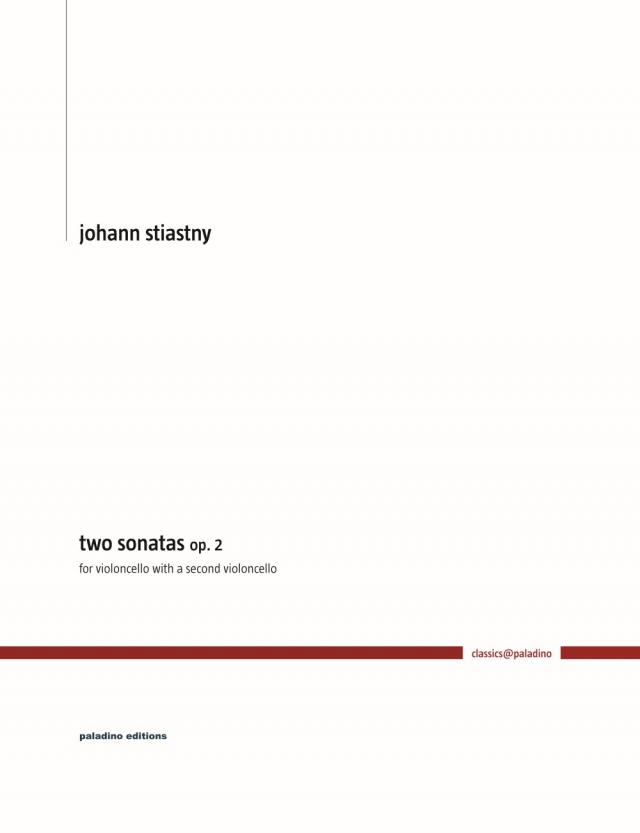 Johann Stiastny was a successful cellist and one of many Bohemian musicians of the second half of the 18th century who sought their fortune in the German speaking part of the Habsburg empire. He left a number of works for two cellos, some equal duos, some where one cello plays the role of a soloist while the other accompanies. The two extensive sonatas, Op. 2, belong to the latter category and are presented here for the first time in a modern edition